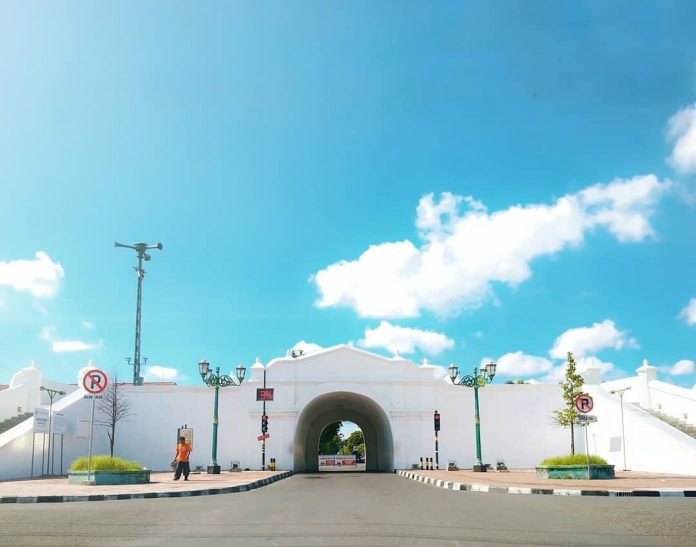 Yogyakarta is one of the cities in Indonesia with a rich historical heritage. One of the most well-known is the Borobudur temple, considered one of the world’s wonders. There are also some other historical artefacts in this area that are as interesting as we saw.

Many tourists from different countries come to this area to see historical places, as well as some of the relics from the site. They want to record this interesting thing to be seen by many people.

One of the things that make Yogyakarta attractive is the fact that Plengkung Gading is there to see. This building is a piece of history that looks like an arched gate. It is called Plengkung, which means curved.

Gading, on the other hand, is a word that comes from the door’s color, which is white or ivory. This means that this structure can be called a white arched gate because of its looks. This building is a gate used to get into the inside of the Yogyakarta Palace fortress.

People in the community know about the two Plengkungs because they have been kept in shape. When this Plengkung was first named, it was called “Plengkung Nirbaya.” It is south of Alun-Alun Selatan Jogja (South Square of Yogyakarta). This building is the exit for the deceased sultan’s body to the Imogiri Tomb.

It’s said, Sultan was not allowed to go through the Plengkung in the south of the fort when he was still alive. Plengkung Gading was restored to its original form in 1986 to keep it true to its history. Nirbaya is a Sanskrit word that means “free from worldly dangers” and is often translated as “simple nature.”

According to the DIY Cultural Heritage Preservation Agency, there used to be a moat to get to the Palace. This was a way to protect the Palace from people who wanted to attack it. A trench can be 10 meters wide and 3 meters deep at its widest point. But in 1935, the moat was lost, and now the road is used instead. 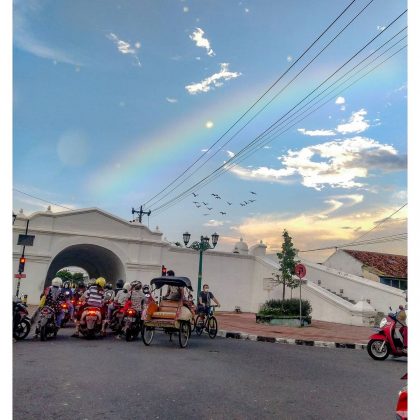 The problem is that no one knows for sure when the old ditch was turned into a road. A suspension bridge on each Plengkung lets you get into the fort by crossing the moat. If the enemy comes, the bridge will be raised to close Plengkung’s door.

A siren tower is also found in the Plengkung Gading area. It has been used just twice, but it is still there. Remembering the seconds of the proclamation was first used on August 17. During Ramadan, it is also used to sign when to break the fast. This is what makes the area unique.

You can also enjoy the night’s beauty near this building, which has a lot of lights around it. Thanks to buildings that still look like they did in the past, you will feel like you’re in the past. In the Dutch colonial era style, you can take photos there.

If you like a vintage or old-fashioned feel, this is the place for you. You can enjoy the atmosphere of the past while you are there. Using Plengkung Gading as a background for photos can be both interesting and classic at the same time. At least you know that Yogyakarta is a place that has a lot of history.

For those of you who visit the city of Yogyakarta, don’t forget to stop by this one building. It doesn’t matter what time of day or night you go because the place is still crowded and has a unique view. Go there with your partner or the people you care about most.

This way really helps you to have a lot of fun when you visit historical buildings. You can go to a place and environment that is very different from what you are used to. After the show, you’ll not only enjoy yourself, but you’ll feel like you’re in a very unique and exciting place.

On the weekend, After a long day of doing things, you can come here to relax and get some rest. Prepare it very carefully, because If you only have a short time in Plengkung Gading, the taste won’t be enough for you to enjoy.