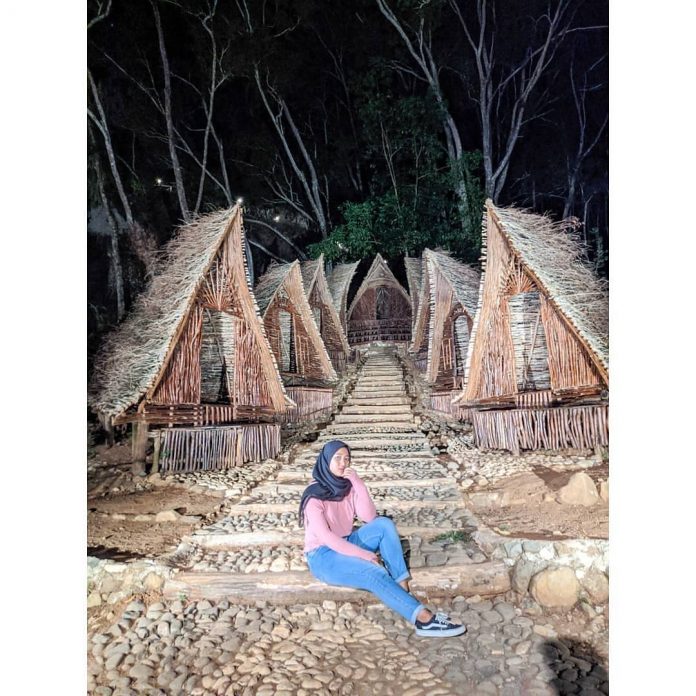 A trip to the Dlingo sub-district of Bantul Regency, Yogyakarta, would be incomplete if you only visited the pine forest. There are still many tourist attractions to see around the pine forest, one of which is Seribu Batu Songgo Langit. The name sounds strange, but if it’s called The Hobbit’s House, you will recognize it right away. 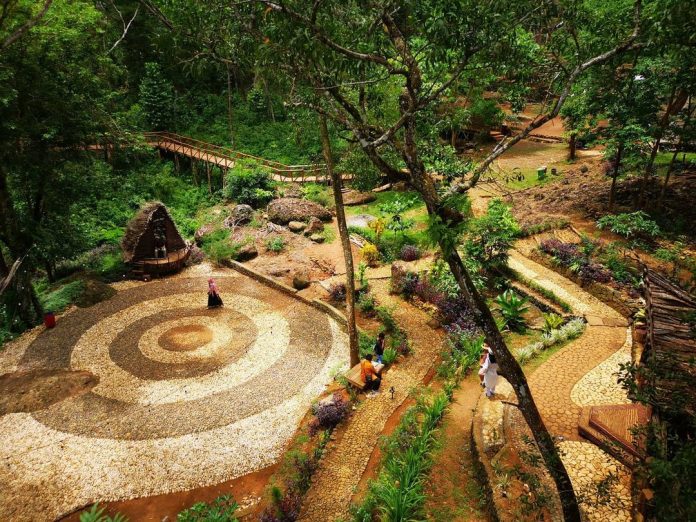 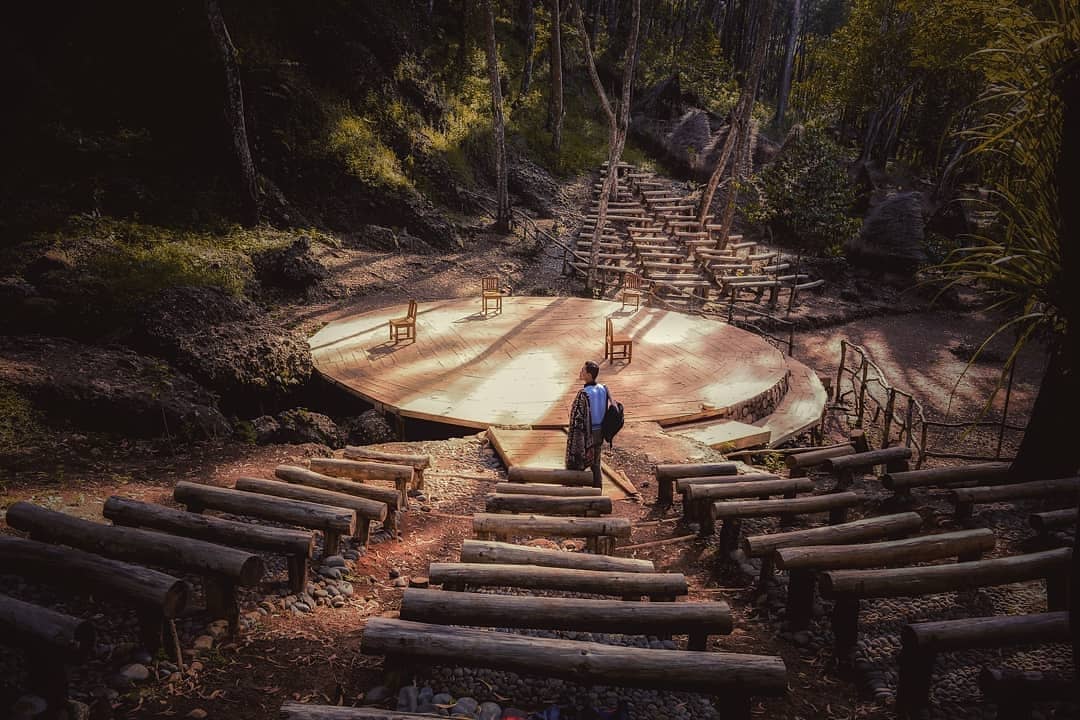 The next stop is the highest point of Seribu Batu Songgo Langit tourist attraction, Songgo Langit Hill itself. You must prepare the stamina to bulldoze the track to Songgo Langit, approximately 800 meters or nearly one kilometer from the Hobbit’s house. You will pass through hundreds of tall pine trees on your way to Bukit Songgo Langit. There have also been prepared signs to the Songgo Langit hill, and some rest stops along the way.